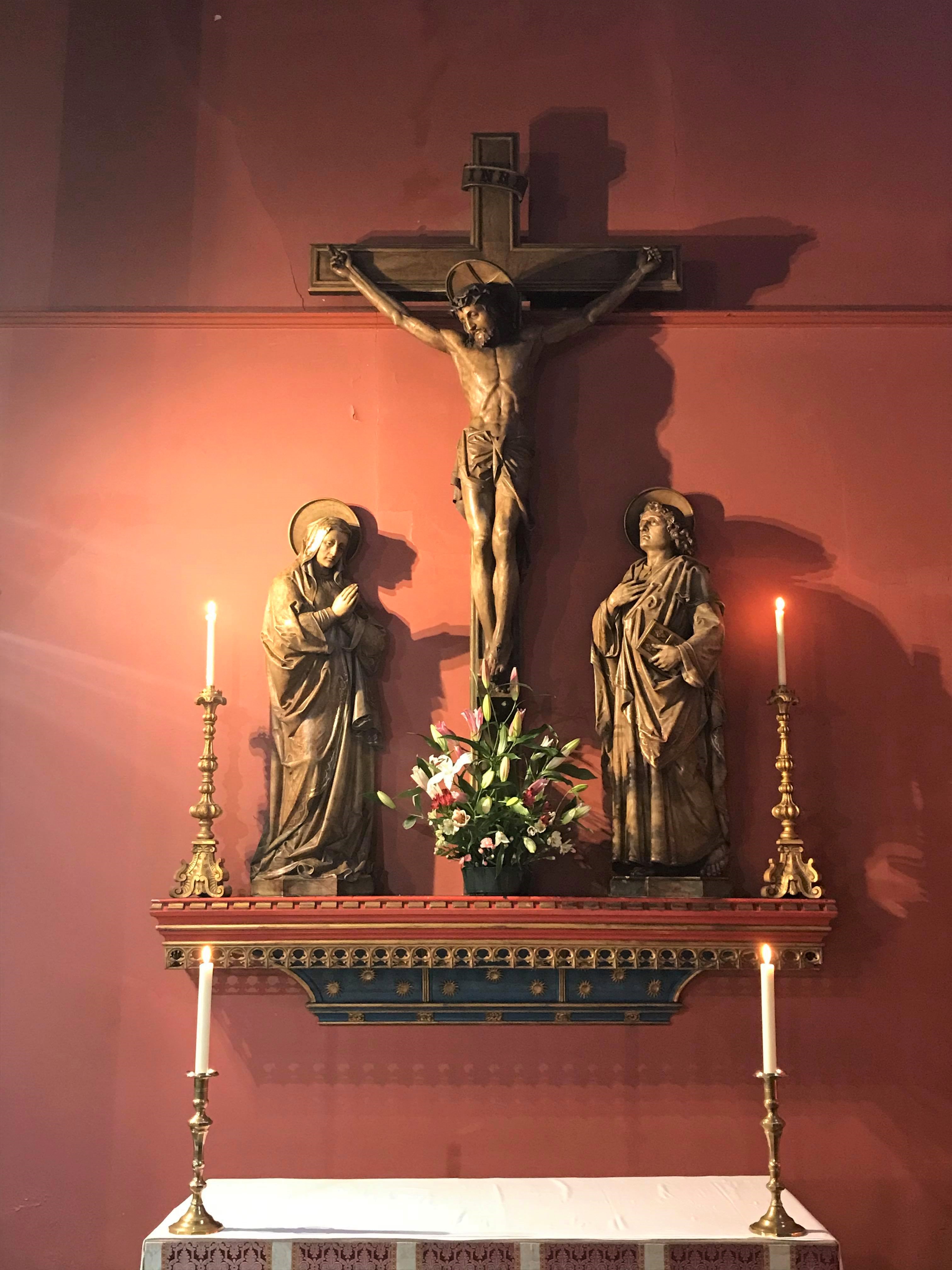 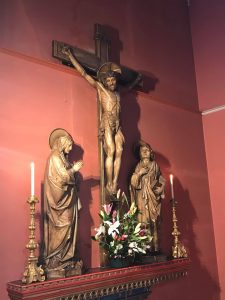 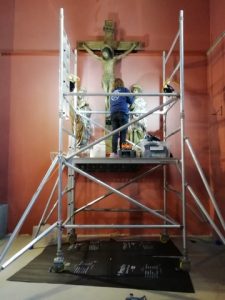 The marble Calvary, made by the pioneering Victorian sculptor Mary Grant, is one of our church’s most impressive and moving features. It was originally sculpted for the church of St Mary the Virgin, Charing Cross Road, and hung outside on the east wall of this church, overlooking the busy thoroughfare outside. It embodied the powerful witness of the church in this once down-at-heel part of London, and was fondly recalled by many, including John Betjeman, in the years after the church’s demolition. At the request of C. C. Shute, the vicar of St Mary’s Charing Cross, the Calvary was transferred to Somers Town in the early 1910s, though the reasons behind this remain unclear. The Calvary quickly became a significant part of the church’s devotional appeal: an early curate, Desmond Morse-Boycott, was so transfixed by the sculpture that he used to spend whole nights in prayer before it. 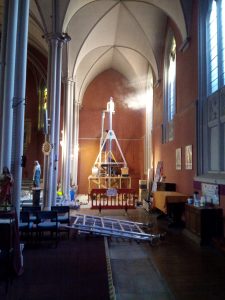 The calvary being fitted in its new dedicated chapel 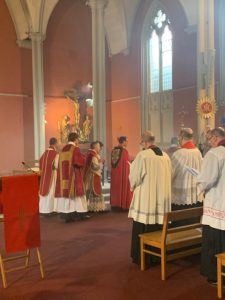 The mass of rededication and blessing

In those days, and until very recently, the Calvary hung on the north wall of the church. But the fixtures that held the Calvary to the wall were in increasing need of repair, and the Calvary itself, fractured in many places, also warranted restoration. Orbis Conservation undertook this work between November 2019 and January 2020: the Calvary was dismantled, repaired, cleaned and reinstalled in what had been the Walsingham Chapel, in the south-east corner of the church. Here it now forms the centrepiece of newly renamed ‘Calvary Chapel’. In this new position we hope that the Calvary will continue to be a place of encounter with the mystery of the Cross, inviting all who enter the church to sit awhile in prayer and contemplation.